As the year winds down, all eyes in Dramaland are turned towards the Big 3 Drama Awards.  Who will be crowned the king – or queen! – of the year?  Who will be named the newest star?  Who will be acknowledged as having come into their own?  And, of course, who will be snubbed?

Anticipation abounds, and more so this year at the Patch, where we are facing our very first year-end Drama Awards bonanza.  Here is a look at the big names being thrown around for the Daesang aka the Top of the Top of the Top Award.  Since, ya know, they have the Excellence Award, then the Top Excellence Award, and so on and so forth for every category imaginable.  But back to the Daesang and our big stars of the year.

KBS had one heck of year ratings-wise, though its Mon-Tues dramas… weren’t so hot.  Ratings- and story-wise.  (A complete list of 2012 dramas coming soon!)  But excluding those 50 Mondays and Tuesdays, KBS has quite a list of actors and actresses to choose from – ratings play a big role in these awards ceremonies – making it the most highly anticipated award by critics and fans alike.

First up is the leading couple of weekend hit You Who Rolled in Unexpectedly: Kim Nam-joo and Yoo Joon-sang.  With ratings peaking at 45%, Unexpectedly was a big hit, especially among married women, who empathized with Kim Nam-joo and made Yoo Joon-sang the “Nation’s Husband.”  Kim has already won a couple awards for this role, so many speculate she’s got a shoo-in for the Daesang.

But Song Joong-ki may give her a run for her money, with his reprisal of the tortured hero in Nice Guy.  He’s been receiving accolades left and right by critics and viewers alike, and Nice Guy held up nicely ratings-wise during its Wed-Thurs run.

Soon-to-be-married Uhm Tae-woong cannot be left out of the discussion with his intense and nuanced portrayal of a blind man in Equator Man.  Though the drama started out at the bottom of the Wed-Thurs pile (going up against The King 2 Hearts and Rooftop Prince), it did eventually reach the top in a matter of weeks.

And last but certainly not least, is none other than the new face of Korean action heroes, Joo Won of Gaksital.  Despite it being his first leading role, Joo Won successfully helmed the Wed-Thurs leader with nary a whisper of criticism regarding his acting.  It’ll be an uphill battle for Joo Won to oust Kim Nam-joo or even Yoo Joon-sang, but it ain’t completely impossible. 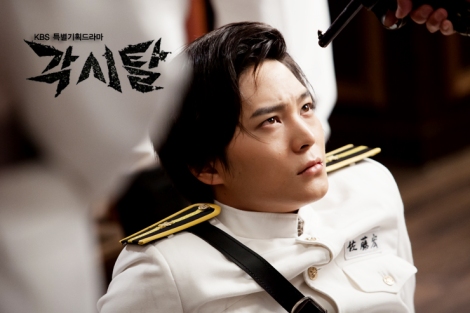 No ladies here in the running, unfortunately.

Nearly everyone agrees that MBC’s Daesang is Kim Soo-hyun’s to lose.  His portrayal of Lee Hwon in early ratings hit The Moon that Embraces the Sun shot him to a level of fame and popularity that’s hard to describe sufficiently with words.  His previous roles were of younger characters or the teenage years of leading men (Will it Snow for Christmas?, Giant, Dream High, etc.), but Moon-Sun allowed him to really establish himself as the leading man.  No more high-schooler here.  Plus, Moon-Sun is the only MBC drama to break the 40% mark this year, which really works in Kim’s favor.

Many are pointing to Lee Sung-min of medical drama Golden Time as Kim’s biggest threat.  Though Lee Seon-kyun and Hwang Jung-eum were the focus of all the attention at the outset, Lee Sung-min quickly became the topic of discussion by critics and fans alike with his charismatic performance of Dr. Choi In-hyuk.  Seriously, this is a perfect case of a supporting actor stealing the thunder – and completely deserved, too. 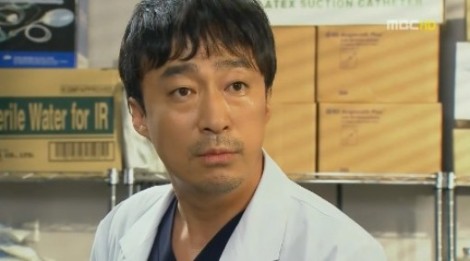 Rounding out the list is Ahn Jae-wook, who successfully carried the epically long Mon-Tues period piece Light and Shadows. Some sources don’t even list him as a candidate, while others say his incredible performance overshadowed that of Kim Soo-hyun.  When I was initially making my list – while out on a walk with mother dearest this morning – I had Ahn Jae-wook and Kim Soo-hyun as the two vying for the prize: Kim, for all the reasons mentioned above, and Ahn because Light-Shadows was the Mon-Tues leader during its long run.  Longer works usually get more attention…  Maybe we all need to re-watch the last episode of Star in My Heart and sing along with Ahn Jae-wook as he serenades Choi Jin-shil… just like Shi-won and Mama Sung.  But I digress.  We’ll see if Kim Soo-hyun can hold onto his award! 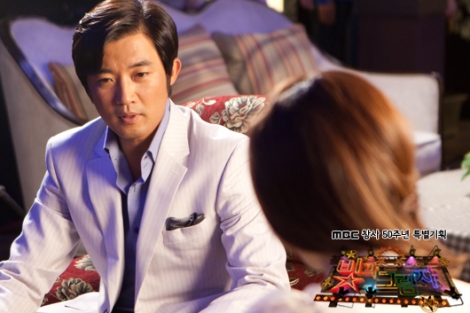 Stop right there!  Though on the surface there didn’t seem to be any real candidates this year, the pot has been stirred within the last month.  Jo Seung-woo, in his first drama outing Horse Healer, is leading the Mon-Tues pack by a large margin.  The genre doesn’t exactly lend itself to nuanced acting, but Jo Seung-woo has been as wonderful as can be expected of a Lee Byung-hoon sageuk.  And seriously, it’s Jo Seung-woo we’re talkin’ ’bout here.  Kim Jae-won is getting a few nods with the rising popularity of May Queen, as is Han Ji-hye (the only lady thus far!).  And for realsies last – but not least!! – we’ve got dark horse Park Yoo-chun of Wed-Thurs’s new leader I Miss You. 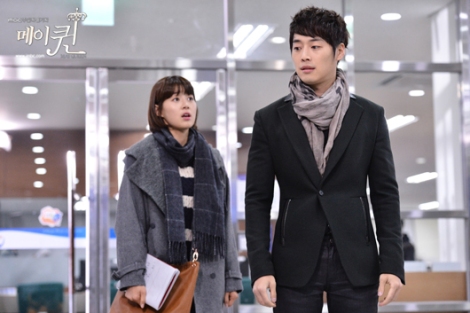 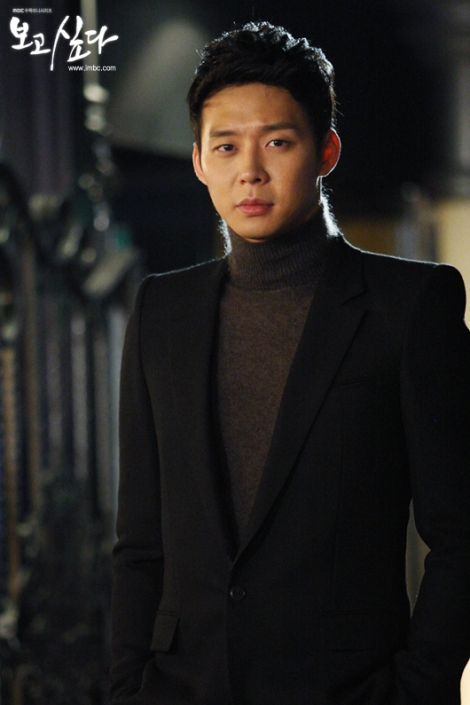 I still say Kim Soo-hyun has got the Daesang within his grasp, if not in the bag altogether.  I’ve got a soft spot for Ahn Jae-wook, though.  We’ll see whether MBC gets my memo.

Ah, SBS.  I don’t know what it is, but SBS tends to have good shows.  Actually, I take that back.  Some of my favorites have been done by SBS, but they had some pretty bad stuff this year, too.  And I have favorites across the Big 3 board.  Okay, I guess I’ll just go back to what we were discussing in the first place: the Daesang.

SBS didn’t have so hot a year in the ratings department, thus things are really lookin’ to be based on the actors’ performances.  And ratings.  And star power.  Sigh, I guess things will never be based completely on acting prowess alone, eh?

There are two big names really battlin’ it out for SBS this year, and I’m ever so gleeful in correctly predicting them: Jang Dong-gun of A Gentleman’s Dignity, and Sohn Hyun-joo of The Chaser.  Weekend rom-com A Gentleman’s Dignity was Jang’s return to the small screen in a whopping 12 years, and Korean showbiz culture says SBS should reward his return with a big, gleaming trophy.  Can’t snub someone of his star power.  Side note: Won Bin, you can come back, now.  It’ll be 13 years come 2013 since you’ve graced my TV, so you’ll have one-upped Jang Dong-gun, right?  What, that’s not a good enough reason to come back to my waiting arms?  Back to Jang Dong-gun: A Gentleman’s Dignity had pretty good numbers, so it ain’t a detractor by any means for Jang’s bid.

My personal wish is for Sohn Hyun-joo to win the big prize for his as-usual-ly amazastastic performance in one of my big picks for this year.  To be honest, Kim Sang-joong and Park Geun-hyung were really, reaaaaally good.  As was everyone else, truly.  But Sohn led the intense, well-written, well-acted, well-directed, well-scored, and well-everything drama that was just so full of everything awesome.  And seriously, the man is an amazing actor who deserves way more recognition than he gets.  He won the Daesang at the newly minted KDrama Star Awards last week, so perhaps the mojo will keep flowin’.  I’ll be rootin’ for you!

Lastly, my personal peeersonal wish: Kim Myung-min aka Anthony of King of Dramas.  Seriously, you can’t ever separate Kim Myung-min from his characters during the dramas’ runs.  Though King of Dramas is still airing (and yay for the 2-episode extension just announced today!), most of it will have aired by the time the awards ceremony rolls around.  The drama, unfortunately, is currently at the booottom of the Mon-Tues pile – sad panda!! – but everyone loves the show to pieces, and you can’t deny that Anthony is the bestestestest.  Kim Myung-min, too.  ’Cause Anthony = Kim Myung-min.  But yes, really, I want Kim Myung-min to wiiiiiin.  And Sohn Hyun-joo, too.

So there you have it.  The big names for the Big 3.  Who do you think will take home the big prize this year?  Who do you WANT to take it home?  (There IS a subtle difference, ya know.)  Please share away!

4 responses to “Who will take home the hardware?”