The legal world is riddled with technical terms and job titles that boggle the average person’s mind – and it certainly doesn’t help when we’re discussing a legal system of a foreign country! Though Punch kindly provides us with names and titles of our main characters each time they’re introduced in an episode, I still found myself confused as to who exactly these people were. Why does Yoon Ji-sook get a beautiful room and Shin Ha-kyung a mediocre one? Why was Lee Tae-joon so desperate to become the “Geom-chal Chong-jang”? In a tension-laden room, who is allowed to pull rank? And why?

I know you’re all smarties, but I figured it wouldn’t hurt to get a little background down pat as we move forward at what I am sure will be breakneck speed. We ain’t got time to be hitting the ‘pause’ button to look at our character chart come next episode. It’s all-out war now.

A Little Background on the System

Korea is divided up into 9 provinces and the suffix “do” (pronounced “doh”) is affixed to the end of the province’s name. They are as follow: 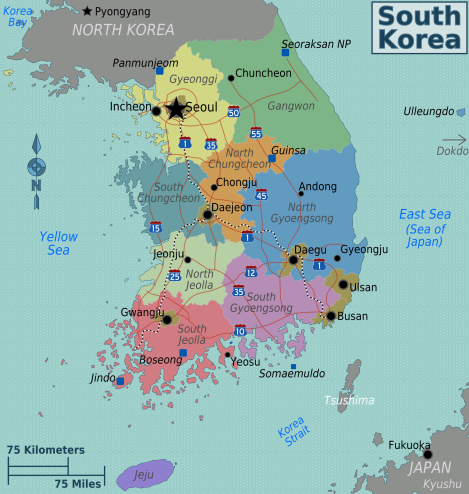 The High Offices are divided by region but not ‘equally’ amongst the 9 official provinces. Seoul, for example, is such a large city and home to so many people that it has its own High Office and multiple district offices. Jeju-do is its own province but it only has a District Office. The High Prosecutors’ Offices are as follow:

(These are five of the “special cities” of Korea, which have administrative status equal to those of provinces.)

Within each office are several divisions, which all have their own leaders; and each office has its Director and Assistant Director. To add even more fun to our already complex system, all offices are not created equal. The Seoul Central District Prosecutors’ Office has more ‘power’ than, say, the Je-ju District Office. And, on top of all of that, there is the ever-present “sunbae” and “hoobae” relationship (senior and junior) as well as good ol’ age. Simple, no?

Who is who in Punch? 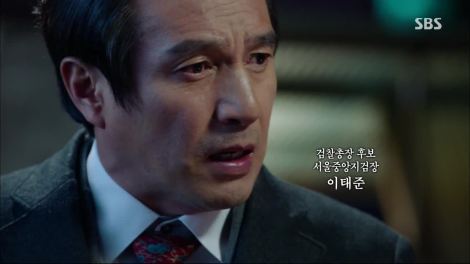 In the opening scene of Episode 1, we meet Lee Tae-joon (Jo Jae-hyun), who is the Director of the Seoul Central District Office. He brings a newspaper with a headline declaring that Jung Gook-hyun (Kim Eung-soo) is a likely nominee for the position of “Geom-chal Chong-jang” (검찰총장) – the head of all Korean prosecutors. Some dictionaries may translate the position as the Attorney General, but in the U.S., for example, the Attorney General is the Korean equivalent of the “Beob-moo-boo Jang-kwan” (법무부장관) or Minister of Justice (which doesn’t exist in the U.S.). The Minister of Justice (or Attorney General in the U.S.) is the head of the Justice Department. The GC (Geom-chal Chong-jang) is the head of all the prosecutors, who make up one portion of the Justice Department. For simplicity’s sake, I’ll use the terms Minister of Justice and GC (for Geom-chal Chong-jang).

Both the Minister of Justice and GC are appointed positions – an individual cannot ‘run’ for office and be voted in by the people. The nominee must undergo hearings in Congress and be approved before taking the position. When we open the show, Yoon Ji-sook (Choi Myung-gil) is the Minister of Justice, and the GC is currently vacant. No nominee has been named, but the opening scene shows the media speculating that Jung Gook-hyun is a strong contender.

Lee Tae-joon frantically explains that if Jung becomes the GC, Lee will no longer be able to serve as a prosecutor. Say what? This is where the whole sunbae and hoobae relationship comes in. As many of you may already know, a sunbae is someone who is your ‘senior’ – someone who attended your school before you did, someone who began working at your company before you did, etc. A hoobae is the opposite – your ‘junior’. You attended school or began working or whatever it may be, before your hoobae did. In Korean society, where Confucian principles of respecting your elders hold such significance, the way you are treated – and the way you treat others – is determined by where you stand in relation to others. Are you the sunbae? Then your hoobaes will defer to you. Are you the hoobae? Then you better be careful not to upset your sunbaes. (Of course, there are always exceptions and not everyone is super anal, but the majority of people consider these ‘ranks’ important.)

Lee Tae-joon explains that Jung Gook-hyun is older but a hoobae by one year. In Korea, after students graduate from law school and pass the bar exam, they attend the Judicial Research and Training Institute (사법연수원). Upon graduation, they can either become a judge, prosecutor, or independent lawyer. The majority of people either become a judge or prosecutor, and after a few (or many) years, enter the private sector as a corporate lawyer, defense lawyer, etc. – the former is where the power is, the latter the money.

For whatever reason, Jung is older but finished all his training after Lee, making Lee the sunbae. Traditionally, when someone is appointed as the GC, all the sunbae attorneys – as well as those from the same graduating class – resign. Why? As the GC, you are the head, the leader, and as such hold the most power. You need to be able to direct others at will. But if you have sunbaes (or those from the same class) in positions ‘below’ you, well, things can get a little awkward. How do you order your sunbae around? How would a classmate, who was your equal, feel about ‘serving’ you as his superioer? Thus to facilitate the incoming of a new leader, all sunbaes and classmates resign when a new GC is appointed. Everyone remaining is a hoobae, and the GC can ‘comfortably’ work without worrying about stepping on any sunbaes’ or classmates’ toes.

Thus Lee Tae-joon finds himself in a bad spot – if Jung Gook-hyun, his hoobae, is appointed as the GC, Lee will essentially be forced to resign. Lee, as the Chief of the Seoul Central District Office, is holding one of the highest positions in the system and is one step away from becoming the GC himself. If Jung is appointed instead – Lee can kiss that GC position goodbye. Thus Lee tells Park Jung-hwan that he (Lee) needs to become the GC.

Director of the Judicial Training and Research Institute, Jung Gook-hyun

Who is this Jung Gook-hyun guy, you ask? He is the Director of the Judicial Training and Research Institute, which is where all attorneys must train if they are to practice. Later in the episode, Jung-hwan explains that they were unable to find a speck of dirt, much less a skeleton in Jung’s closet – he’s a do-gooder who toes the righteous line. When Jung-hwan meets with Jung, we see first-hand that the man is serious about promoting justice and upholding the law. He refuses to bow to pressure from crooked men like Lee Tae-joon, and he isn’t afraid to put his reputation on the line for what is right.

So there you have it, a quick look at the various offices and positions of the prosecutors of Korea. Hope it helps give some background so you can enjoy the show proper. Punch is the real deal, Patch Friends. It’s pure gold – don’t miss out. 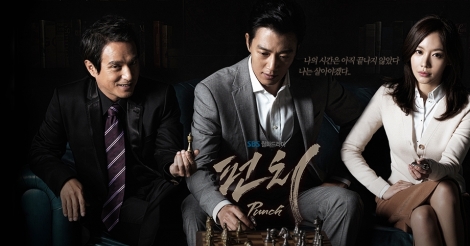 7 responses to “A Guide to the World of “Punch””