Whitecarrot: Reunion #3 Jang Hyuk and Jang Na-ra ain’t bad though. I actually never watched them in Successful Story of a Bright Girl. However, I have watched the original Taiwanese version of Fated to Love You. The drama was a ratings success in Taiwan although the extension made the plot drag out unnecessarily with dumb plot semi-twists (the last few episodes were unbearable and infuriating). I have high hopes that the Korean version won’t do the same. The colors are definitely worth bringing up. This is a summer drama done right with vibrant tones and breezy outfits. 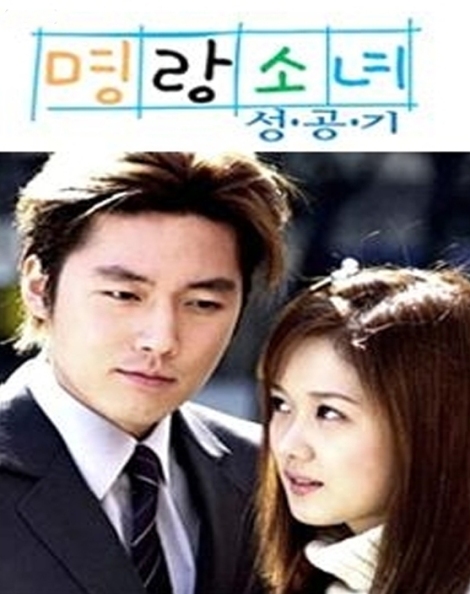 Pinkblossom: I can’t agree more about the colors of this one – I just feel so happy when I watch it! And don’t even get me started about Jang Hyuk’s HILARIOUS over-the-top laugh! Hahahahaaa!! Just thinking about it cracks me up. Fated to Love You K-version isn’t subtle by any means, but the campy-ness of it is what I enjoy so much. It doesn’t take itself seriously, and it pokes fun of it and its actors at every turn. The ‘bed scene’ with the two of them and the dduk was sososo funny and clever, even Korean netizens couldn’t get enough of it.  The behind-the-scenes photos and videos showed that the two were cracking up the whole time they were filming it LOL!

I just DIED during the recent episode when Jang Hyuk sang – or should I say rapped? – his old song. The fact that they showed clips of him during his rapping days, and that he and Jang Na-ra joked about it afterwards – “You could have been a singer” (to her), “You could have been a rapper” (to him) – gollies, it was the icing on the cake! 🙂  The White Tower parody was pretty hilarious, too!

Whitecarrot: I hope the K-version doesn’t go the way of the Taiwanese version.

Pinkblossom: I don’t know what happened in the Taiwanese version, but I hope the K-version stays cute to the end!

Whitecarrot: Have you watched any of Temptation aka Reunion #4 Choi Ji-woo and Kwon Sang-woo?

Pinkblossom: I’ve watched the official Youtube clips! Hahahaa I feel like I’ve said that at least 10 times already in this conversation alone. Gollies Youtube, thank you! And a BIG thank you, broadcasting companies, for deigning to put up clips every day! Anyhoo, I wasn’t sure what to think after the clips from the first 2 episodes, but the more recent ones were pretty good, and now I’m tempted! Har har.

Whitecarrot: I don’t think I will ever watch Temptation. One of my rules for drama watching are to stay from all things involving temptation and torrid affairs ’cause it just means a devastating ending. (Do not question my choice to watch Secret Love Affair – Yes, I stopped watching mid-way)

Pinkblossom: To be honest, the initial descriptions of the plot turned me off, but Choi Ji-woo just looks SO good here. Her lips in the first episode kinda didn’t move naturally, but she looks really reaaally good – much better than she did in Air City and the shows following it… I don’t know what she did or what kind of magic the makeup team is weaving, but she looks GOOD. For seriously. And I don’t know what it is… okay, backtrack. I figured it out. The other couples have grown, apart from one another, and are together again, but they were young back then and are still somewhat ‘young’… but Kwon Sang-woo and Choi Ji-woo look like real grown-ups right now in their show. 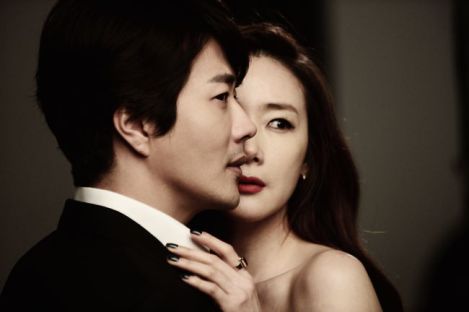 Whitecarrot: And they were THE “It” couple. So big. Back in the day.

Pinkblossom: I know.  Kim Bum-soo’s “Bogoshipda” took off like no other because of the show, and some of the songs from the OST are still used in variety shows!  Looking at their Stairway to Heaven pics, they had such baby faces… and now they look so… different. In a good way. Mature.

Whitecarrot: So many reunions. Even though some of these drama reunions might not have worked out so well, and they can’t ever bring back the same spark they originally had, we must be satisfied with seeing these beautiful, talented actresses and actors back together. But I’m always 100% happy to be reunited with the best partner-in-crime, pinkblossom!!!

Pinkblossom: I’M so very happy to be reunited with youuuu, my dearest whtiecarrot!!! 😀 😀 ❤ ❤

Until the next reunited couple is up to bat, adieu~

7 responses to “The Year of Reunions: Part 2”