I’m officially 100% hooked on Master’s Sun. I’m on board this ship!

There are two main mysteries that are keeping me hooked. I think the Hong Sisters are doing pretty good so far at keeping these secret plot lines going. They drop just enough to keep me hooked and don’t reveal too much.

1. Kang Woo. What the heck is going on with this boy? I love Seo In-guk, but is he playing a bad guy here? He’s definitely not approaching Gong-shil with 100% good intentions. With the guise of liking Gong-shil, he’s can have the excuse of doing some intense stalking and background-checking on her and her relationship with Joong-won.  With episode 4, we find out he seems to be working under his dad’s direction and his dad has Joong-won’s diamonds. This is too complicated to fathom. Don’t be bad please, Kang Woo! 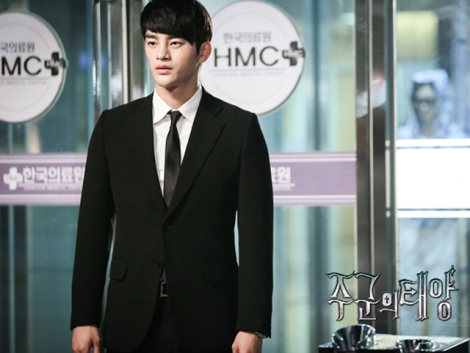 2. Joong-won’s kidnapping incident/Cha Hee-joo. So what really went down in that kidnapping room? Did Hee-joo set Joong-won up? Joong-won obviously has conflicting feelings about the incident. We see just how much he cared about Hee-joo and how affected he is when he meets Hee-joo again by courtesy of a drunk/unconcious Gong-shil. I really how the great reveal lives up to the build up.

Another reason, I’m loving the show is because Joong-won is actually really lovable. The character development is palpable and growing. Just when you think he’s going to be an asshole, he redeems himself. For example, we can see his good side in episode 3 when he steps in to help reveal shoe store owner’s evilness and episode 4 when he hugs Gong-shil to save her from a ghost stampede. All these actions, makes up for his yelling and angry-ness. In contrast similar male characters, like Kim Joo-won (Won Bin) in Secret Garden, just stay angry, hating, and yelling 24/7 and makes it difficult for the viewer to root for them.

Some might argue that Joong-won seems to have softened to Gong-shil too quickly. He seems quite partial to hugs already. But I think it just goes to show, Joong-won has always been good at heart. He just built up a wall to protect himself after the harrowing kidnapping incident.

Lastly, the bed scene was too die for! So cute! I wanna hold hands with So Ji-sub in bed! 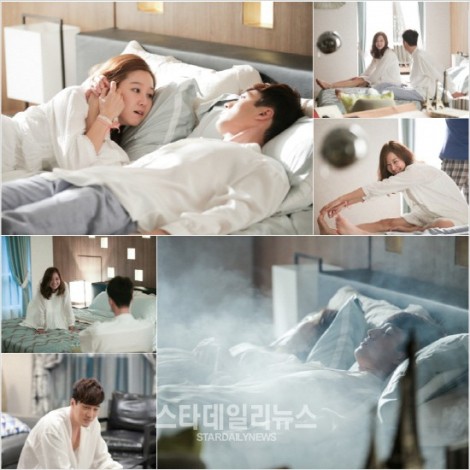 Here’s a bigger one.

Last one. I promise!