I’m having mixed feelings about Good Doctor. Here’s the premise:

Park Shi-on (Joo Wong) is autistic with savant syndrome. He has a photographic memory and highly developed space perception. His guardian helps him become a pediatric surgery resident, but autism (and limited social abilities that stems from the disorder) makes his job very difficult. Cha Yoon-seo (Moon Chae-won) is a kind-hearted, strong headed pediatric 2nd year fellow who befriends Shi-on and tries to help him out. Kim Do-han (Joo Sang-woo) is the star surgeon in the department with strong temper and a penchant to follow normal hospital protocol. Yoo Chae-kyung (Kim Min-seo) is Do-han’s girlfriend and deals with hospital operations.

Here’s what I’m excited about:

1. Shi-on and Yoon-seo’s relationship is very interesting to me. Most of the time Kdrama OTP’s start out fighting and bickering. In this case, Yoon-seo reaches out a helping hand to Shi-on and tries to see the real Shi-on. It’s very refreshing for a change to see a different kind of set up. It was adorable when Yoon-seo tries to force feed Shi-on some bread and he refuses to open his mouth.

2. The back story with Shi-on’s older brother is so sad. I don’t mean that I’m excited about this sad background, but I really think this premise humanizes Shi-won and makes him more relatable. The choco-pie birthday celebration and the green scalpel made me want to cry. This is only episode 2! I shouldn’t be crying yet!

3. Nurse Jo is absolutely hilarious. He is adorable with the kid patients. His advice to fight off bullies includes calling the bully out for a face-off then throwing sand in the bullies’ eyes. Also Nurse Jo’s fist bump with Shi-on is just too cute! I’m really hope Nurse Jo become a brother figure to Shi-on. And who knows this show needs some comic relief, with all the hospital drama and Do-han’s angry face. 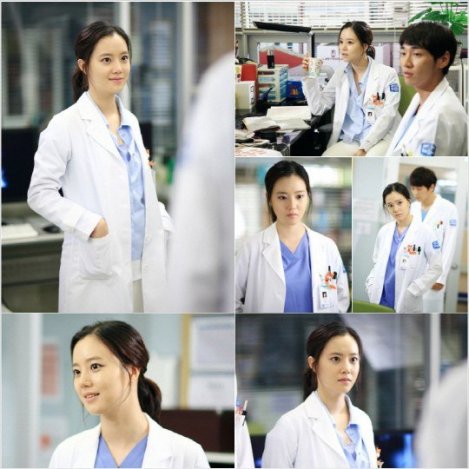 1. I’m not an expert on developmental disorders or autism. I’m not sure if there was a breach in the translation so that the dialogue didn’t fully make sense to me, but I didn’t fully agree with some statements maderegarding autism. However, I hope the show is able to portray autism from all sides and accurately provide correct medical information about it. For a lot of people who aren’t familiar with autism, this could be a sole source of information and this could embody their whole perception of the disorder.

2. I’m tired to the hospital drama involving operations, money, and the power struggle. Evil people are so boring. Chae-kyung is already pissing me off with all her “I know what’s best for the hospital stuff.” Boring!