What’s up with Japanese detective dramas and the curly-Q’s (~~~~) in the title? Control ~ Hanzai Shinri Sousa means Control – Criminal Psychology Detective. Let me know if there’s a better translation. This is another one of those generic detective formulas that Japan is producing all the time now. Control came out in 2011 but I wanted to watch it for my obsession of the month Naohito Fujiki. He is sporting a ragged look again  with a mustache and whiskers and messy hair. Hot! But his character, Jun Nagamo, is just a bland psychology professor with an abnormal obsession with jam pan (bread filled with strawberry jam). His counter-part and heroine of the story is Rio Segawa (Nao Masushita) is a tall hot headed detective with an unwavering sense of justice. Another main character is Kei Terinishi (Yu Yokoyama) who attended police academy with Segawa and has an obvious soft spot for her. 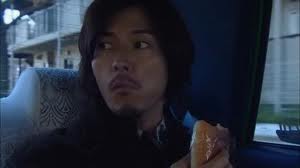 Detective Rio Segawa works at the Oimachi Police Precinct. She fails to follow direct orders and gets shot in a solo effort in a criminal pursuit. After her recovery, she is forced to transfer to the Tokyo Metropolitan Police’s Violent Crimes Division. This should be a promotion but she finds out her main job is to babysit psychology professor and crimes division advisor, Jun Nagamo. Here begins Segawa’s upward climb in the males-only division to contribute to cases with the help of Professor Nagamo. 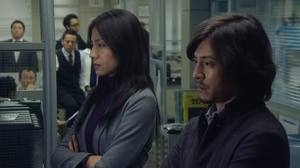 I was disappointed that Control was pretty bland and cases were mostly predictable. There were only a few cases that had surprises and twists. Otherwise, I could mostly guess the perpetrator. I was also upset that there seemed to be little psychology used to solve the actual crimes. Criminal Minds and Law and Order: Criminal Intent are some of my favorite shows. Sorry I keep bringing this up, but they really set the bar at utilizing psychology to get into the minds of the criminals. However, in Control, I only see Professor Nagamo using his “psych skills” to look at random witness/suspects’ facial expressions to see if they are lying or not. Not that exciting. There is never motive analysis by Nagamo or a deeper look at criminal’s psyche or history and background. I honestly have to say Professor Nagamo is a pretty useless advisor. In addition, Segawa is possibly the most ineffective and delusional detective ever. She is extremely flat and one-sided in her views of justice. She always has to preach her beliefs to the criminal after the big confession as if the criminal can shamed by her into seeing the light and feeling some guilt. Segawa’s always yelling, and it gets pretty annoying. Can this girl be more realistic? She’s only good at chasing down criminals with her ridiculously endless model-length legs.

This is just a side note, but Yu Yokoyama is part of Kajani8, a Japanese Idol group under Johnny’s entertainment. His fellow band member is Ryu Nishikido who is on my list of top 10 hottest Japanese actors. But I’m getting way off topic here. Anyways, Yu Yokoyama is god-send in this drama because he was one of the few actors who seemed to be genuine in his feelings. His pining looks at Segawa are so sweet. I’m disappointed he never vocalized his feelings for her and that the drama never extended their love-line cause the show could really have used some sort of back plot. The cases themselves were, as mentioned earlier, hardly having twists. 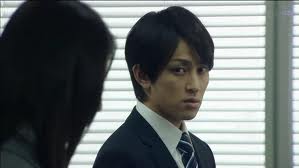 Finally, I have to mention this, Control is often compared to Galileo, another Japanese detective series starring Masaharu Fukuyama as Manabu Yukawa, the titular detached but brilliant science professor, who helps Kou Shibasaki‘s rookie detective, Kaori Utsumi, solve seemingly-supernatural cases. The verdict here is that Galileo is the much better drama. The characters in Galileo, though slightly one-sided, are much more eccentric and interesting. The chemistry between main actor and actress is much more organic and creates some hilarious sparks. I watched Galileo years ago but still remember it fondly. The cases, as I remember, used real science and I was awed at the conclusions Fukuyama reached to after performing scientific experiments to explain each mystery phenomenon. Stick to Galileo if you want something watchable. 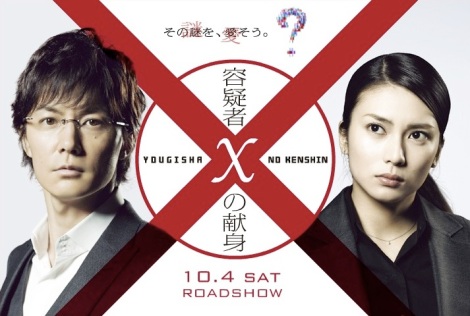 Although you should watch Galileo, Control had an awesome (and I mean AWESOME) OST. It has a completely and totally hick/country feel to it but it is utterly addicting. I almost think I watched the whole series just to listen to the OST at the end of every episode. Check out a short version in the video below. I love the violin part. And yes the video is hilarious.

Ginga no Hoshikuzu by Kuwata Keisuke