So finally BIG is starting to chug along. Ok it’s more like it exploded and got crazy. I have to admit I have no recollection of what really happened in the last 5 episodes before last Tuesday’s AMAZING episode 12 that brought pinkblossom back into this drama! 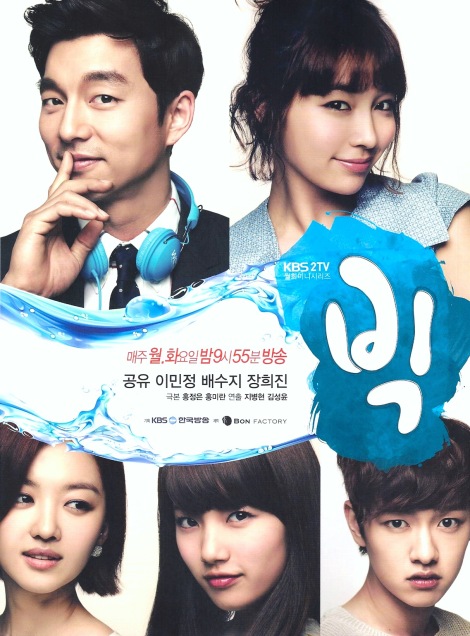 I just wanted to put in my 2 cents on my look on BIG since my last post about it 2 weeks ago. So I have been following BIG religiously (I am probably the first viewer as soon as the Chinese subs are up) because of my love for Gong Yoo and his biceps. However, I have to say the plot really plods along. A lot of the characters are flat and one sided. For example, Mari (who I have been complaining about) has shown absolutely no growth within a year. She is stalker robot to the maximum and completely unreal. I know its a drama but I don’t know why she isn’t arrested already. I actually really liked Suzy in Dream High. She’s not the best but shes definitely cute. However, I just can’t seem to take a liking to her character.

Also I absolutely hate Yoon Jae’s Mom!!! Not only because she’s evil, but also because she’s just blindly hateful. Why does she only hate? She has absolutely no other emotion. AT ALL! Her character is so flat, it’s unbelievable. Shouldn’t there be some sort of expanding on why she’s so hateful. Even though the “other woman” aka Kyung Joon’s surrogate mom was the woman Yoon Jae’s Dad really loved, why does Evil Mom hate on Kyung Joon. He came from your egg woman! It doesn’t make sense. I just need to see more cause for her blind hatred and evilness. She’s probably one of the worst protagonists I’ve ever seen in a drama cause there is no basis for her evilness. She is just evil because she’s evil…I can’t even truly hate her because she’s so fake and unrealistic. Anyway, complaints aside, I think the only thing that’s kept me glued to this drama is the ridiculous chemistry between Da Ran and Kyung Joon. It’s electrifying but frustrating how slow the pace is of the romantic buildup. I understand in real life, the teacher must go through much inner turmoil before she can accept that she’s in love with her student. But BIG, must you drag it out for four episodes before silly Da Ran realizes she’s undeniably in love with Kyung Joon? And must Kyung Joon keep misinterpreting Da Ran’s reactions for these said 4-5 episodes?

Thank God that’s all over and we can start moving the the REAL stuff!

One response to “More Opinions on BIG”