Headlines from the entertainment industry today:

1. Shinhwa Broadcast (SB) recorded its highest ratings with today’s episode!  According to AGB Nielsen Media Research, the July 7, 2012 episode hit 1.455%, a 0.375% increase compared to last week’s episode.  Though 1.5% may not seem like much, SB is broadcasted on JTBC, a cable channel, so this is definitely something to celebrate.  There was talk when the show first began airing because ratings were pretty sad, but they’re steadily on the rise, and we can only expect even better news in the months to come!  Jun-jin was MIA in today’s episode (due to a lower back surgery), which was definitely sad panda, but the remaining 5 guys really worked their butts off, and I couldn’t be happier for the good news.

A 5-on-4 basketball game from today’s episode.

2. Actress Yoon Jin-yi is receiving much love for her portrayal of Im Mae-ah-ri in A Gentleman’s Dignity.  Everyone is marveling over her stable, zippy acting, especially considering this is her debut performance.  She made her foray into the headlines today for her lovely crying scenes – I gotta admit, this girl drops HUGE tears.  And [SPOILER ALERT!] her scenes with Choi Yoon (Kim Min-jong) in today’s Episode 13 were absolutely ADORABLE!!  Definitely SQUEEEE-worthy!! 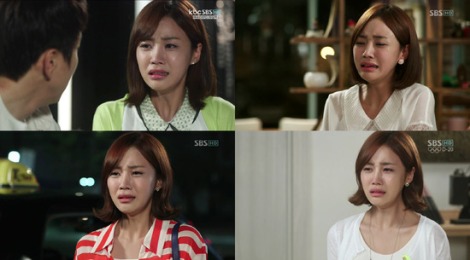 3. Sandara Park of idol group 2ne1 revealed that she cried while shaving (half) of her head for their latest single “I Love You”.  Group leader CL originally planned to be the one to shave, but she thought the style would better suit Sandara’s face.  The half-shaved singer said she is pleased with her new ‘do.  Girl’s got guts, that’s all Imma say. 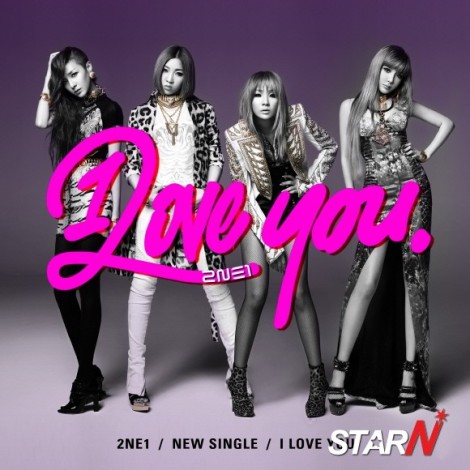 4. Kang So-ra (Sunny) gifted reality-show-husband Lee-teuk (Super Junior) with a kiss for his birthday.  On today’s episode of celebrity reality show We Got Married, So-ra planned a surprise birthday outing for Lee-teuk.  He quite understandably dimpled like no other when she surprised him with a song, loootsa gifts, a cake, and the surprise smack on his cheek.  The Dimple Couple (can you guess why they’re called that?) is definitely adorbs. 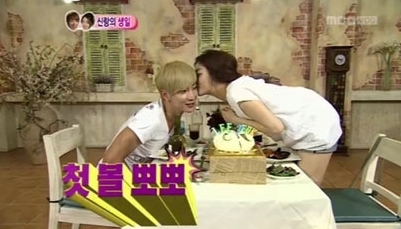